Past performances from 2019 include:

Marie-Madeleine’s writings, being “contrary to societal standards on morality,” were burned, her identity secret, until the Nazis found her out as a Jewish Baroness poet with a longstanding addiction to morphine. This piece explores Marie-Madeleine as both woman and writer in a new piece for two sopranos and chamber orchestra by Rossa Crean and Aiden Feltkamp, sung by Katherine Bruton and soprano Jessie Lyons.

Past performances from 2018 include:

“One Art” by Paula Kimper for unaccompanied soprano
“Ross Crean Presents:” in collaboration with the Pride Arts Center
Chicago, IL

“Bringing A Novella to Life with Chicago Fringe Opera – A Concert for “The Great God Pan”
with Aaron Wardell, baritone; Mark Haddad, bass; Tobias Wright, tenor; and Casey Baker, piano
Chicago Fringe Opera
Chicago, IL
Rossa Crean, the composer of The Great God Pan, gave wonderful insight into how he adapted the novella by Arthur Machen as we each performed excerpts from the piece.

Past performances from 2017 include:

U.S. Premiere of “Paper Fortune” by Timothy Ernest Johnson
For soprano, 16 hands, and electronics with text in Korean
Chicago, IL

The comediennes of Forte Chicago explored the aspects of “THE DIVA”! Katherine is joyfully rejoining with Ashley Larkin, soprano, in their roles as ridiculous dueling divas Beverly Silverpeal and Amelita Hart in Mozart’s The Impresario. And there may or may not be a duel between two sopranos singing “O mio babbino caro” with mouthfuls of banana. Maybe.

As Chris prepares to attend Comic Con with his best friends Emily and Nick, Chris desperately searches in the pages of his favorite superhero comic for some guidance in his floundering life. His quarter-life crisis comes to a head at the Con, where he is confronted by both his own self-doubt regarding himself, his relationship with Emily, and by another attendee.

Will Chris get his life together? Will Cosmic Ray, his fictional idol, succeed in saving Earth? And if he does, will he save Chris in the process?

Cosmic Ray and the Amazing Chris Preview at Opera On Tap
Chicago, IL

This month’s theme was “POPERA!”, so we decided to give a preview of our pop-influenced opera, Cosmic Ray and the Amazing Chris by Eric Lindsay! Katherine performed one of Emily’s arias alongside several other members of the cast, including Matthew Peckham, tenor; Eric McConnell, bass-baritone, and Joshua Smith, tenor.

Directed by Rose Freeman and conducted by Catherine O’Shaughnessy

“The Queen of the Night” in the world premiere of Lost Daughters by Ross Crean
Oberlin Mozart Players – Oberlin, OH

What happens when a character’s story isn’t being told? In Lost Daughters, the Queen of the Night (from Mozart’s opera The Magic Flute), Mrs. Darling (from Peter Pan), and Clytemnestra (from R. Strauss’s opera Elektra) meet in purgatory after once again living their stories and losing their daughters. To triumph over this terrible cycle, they decide to disrupt each other’s stories so that they can keep their daughters. But what happens to a fictional character who doesn’t have a story? Should they change their plots and eliminate themselves – and their daughters – from existence in the process? Or is it worth losing their daughters over and over so that their daughters can live on? With a beautiful score by Ross Crean, an incredibly moving English libretto by Katherine Arathoon, and a full orchestra of amazing harmony and textures, this opera will take you to a place of wonder that you’ve never thought to explore.

Performance at Give Your Choice A Voice with Praxilla Femina
Chicago, IL

Katherine sang as Beth in an excerpt from Little Women by Mark Adamo and “Animal Passion” by Jake Heggie.

All donations benefitted the charity Chicago Books to Women in Prison; we raised $135 and collected 61 books!

Past performances from 2016 include:

Katherine Bruton as:
Wing Tip in Rootabaga Stories by Yvonne Freckmann and
Sang Kancil the Mouse Deer in The Mouse Deer and the Crocodile by Hong-Da Chin
Chicago Premieres 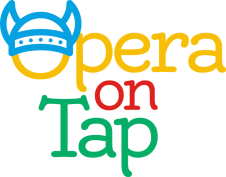 Opera On Tap performs the second Tuesday of every month at Red Line Tap – so if you’re ever in the mood for free live performance on a second Tuesday, you know where to go!